In this competition proposal, the abandoned traffic island opposite Oval Underground is reconfigured to create Kennington Gate, a new public space and gateway to the park. Kennington Park, due to its proximity to Westminster, was historically a focus for public assembly and demonstrations such as the Great Chartist Meeting of 1848.

A lightweight and open park structure built on an urban scale, the gateway creates a new urban square for Kennington and Oval, reactivating the surrounding public realm. Existing road traffic is diverted around the edge of the park, releasing the forgotten triangle of space for public use.

The frame includes a captured garden and structures a series of external spaces for the use of public events and assembly, from weekly events such as the farmers’ market which is currently held in the area, to annual events such as Portugal Day. The metal framework and precast concrete cladding of the Gate relate to the nearby St Mark’s Church and the traditional gates of London parks. 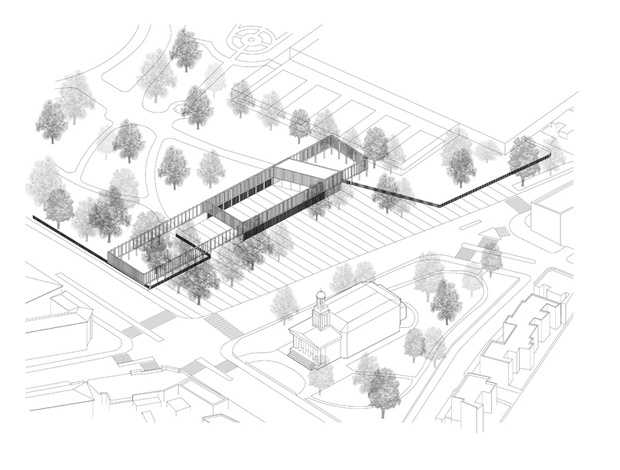 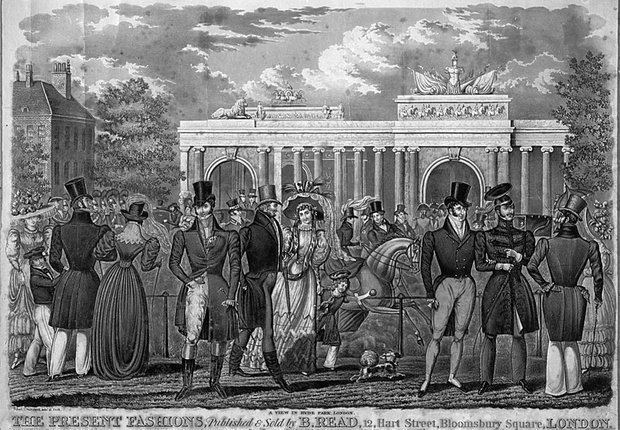 Engraving of Decimus Burton's Hyde Park Screen, 1827
The park gate as a place of display and representation 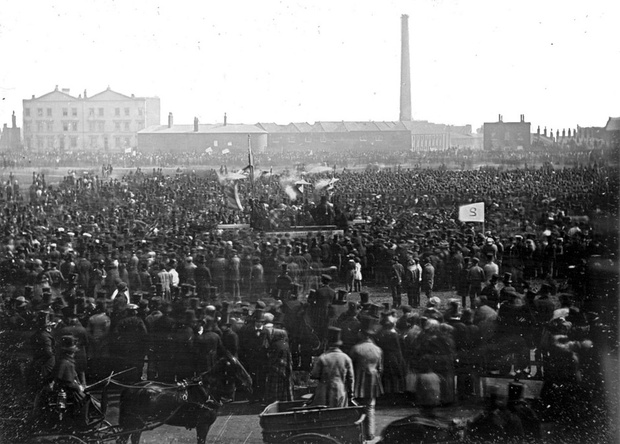 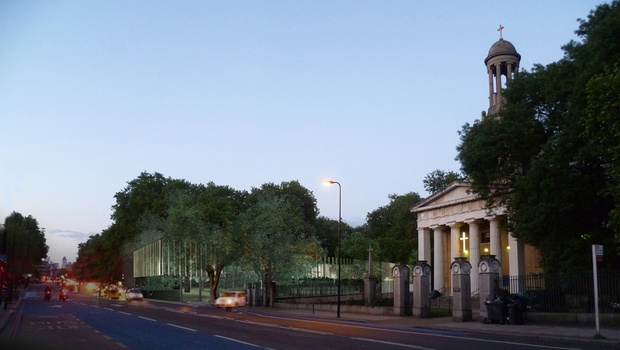 Night view of Kennington Gate looking north along Kennington Park Road
The materials of the gate relate to St.Mark's church 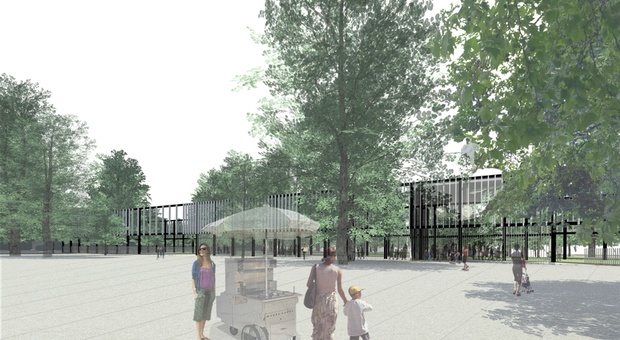