I took her to a supermarket.
I don't know why but I had to start it somewhere.
So it started there.
Pulp, Common People

No civilisation is more than nine meals away from total anarchy.
Ewen Cameron, Hansard 13th November 2007

The supermarket, first conceived under a hundred years ago, is now the primary source of food in cities, supplying over 80% of our food. A handful of large companies dominate this industry, which is both incredibly efficient in terms of delivering an unprecedented range of foods from around the world to the consumer using a “just-in-time” delivery network, and astonishingly wasteful, with over half of all the food in the system ending up in landfill sites.

As supermarkets continued to expand over our high streets alongside a commodified artisan food culture, Studio 8 at the Cass investigated the supermarket in relation to its urban context and the wider issues of food production and local and global economies.

We began by studying the mediaeval typology of the Market Hall, a hybrid structure accommodating an enclosed room for governance over an open space for commerce. Each student selected a typical London supermarket near an established High Street and first tested its relationship to its context by proposing a new Market Hall at the edge of the site.

We studied parallel and contrasting conditions in Flanders and precedents of large-span structures from distribution sheds to opera houses. The final proposals for Super Markets explore optimistic new typologies for local food supply; integrating shared spaces and public functions such as adult education and food production. The full online catalogue can be see here. 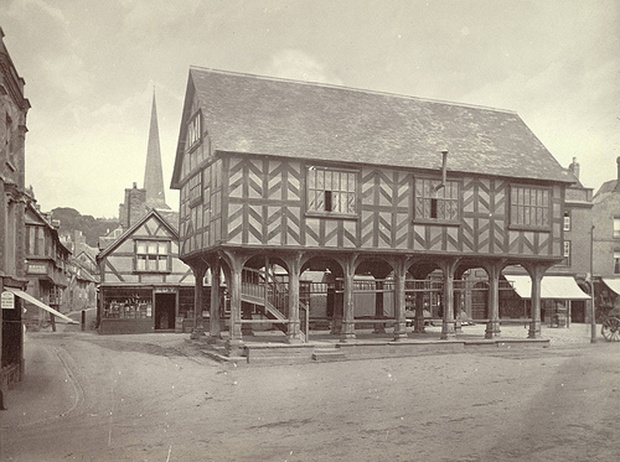 Ledbury Market Hall; a hybrid structure accommodating an enclosed room for governance over an open space for commerce. 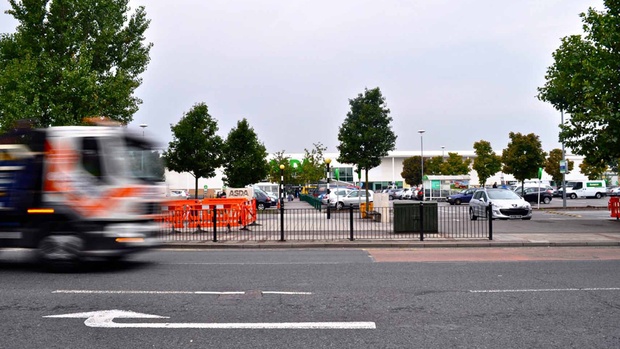 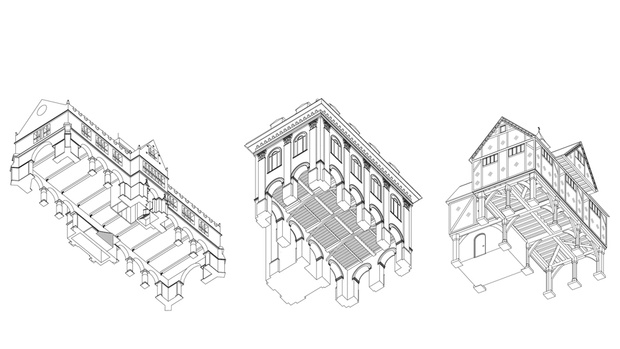 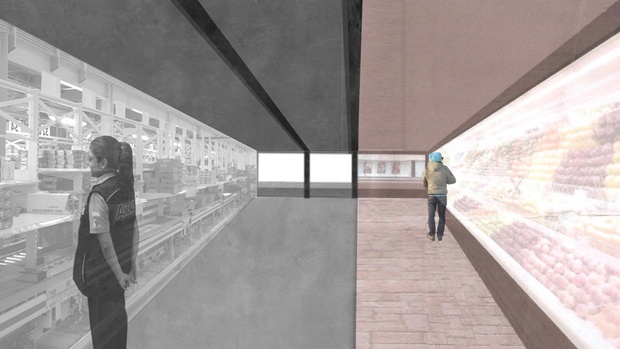 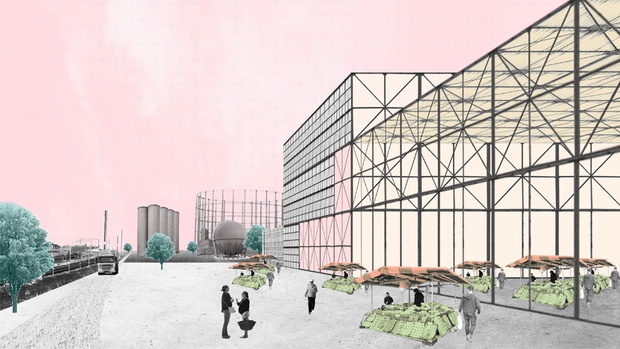 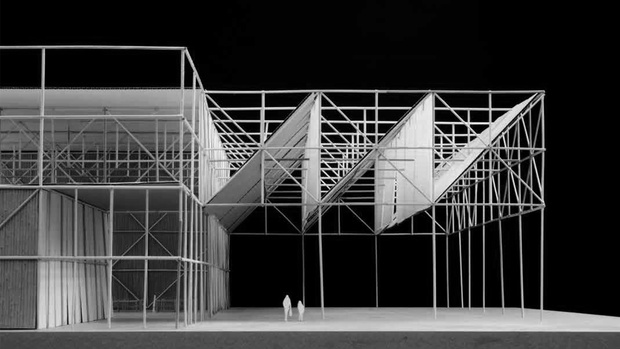 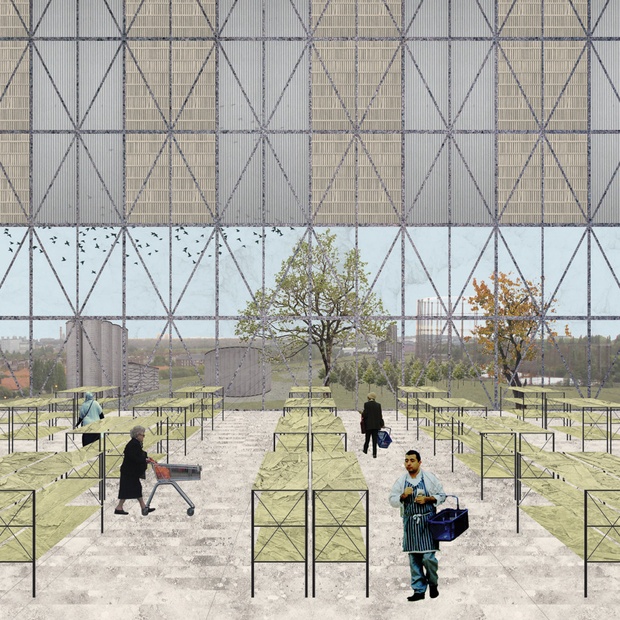